Slinking Under the Electric Bulb A young man had to meet with success. But how would Minosuke find success?


He just barely had enough food to eat. Secretly, Minosuke was waiting for his opportunity. And then one summer afternoon, Minosuke was offered a job driving a rickshaw. There were two or three rickshaws in Yanabe in those days. And Yanabe was the perfect place to catch one.

Driving a rickshaw was slow work. And to make matters even worse, rickshaws in those days had giant metal wheels that were darn heavy and always screeched. So customers that were in a hurry would hire two drivers for their carts.

It was one such summer customer who had hired Minosuke. With the rope that was tied to the shaft of the rickshaw coiled around his shoulder, Minosuke huffed and puffed his way down the road, hazy with heat. It was grueling work that would take some time to become accustomed to. But Minosuke did not mind the hardship. He was overcome with curiosity. For as far back as he could remember, he had never set foot outside his own village. He had no idea what towns or people there could be over the ridge. Here Minosuke saw many things for the first time.

First of all, it was a rare sight for Minosuke to see so many big stores built up next to each other. There was only one merchant in Yanabe. More or less everything used in the town—candy, sandals, looms, poultices, eye drops—were all sold in the same small store. But what surprised Minosuke most was that each of these large stores had its own colorful glass lamp. The villagers would have to grope around in the dark like blind men to find the water jug or the mortar.


The more well-off households might use a simple lantern—a single wick situated in a plate of oil and surrounded by paper on all sides—received as a wedding gift. The tiny flame would give the paper a warm orange glow that would give the surroundings a bit of color. And these were glass lamps, which were still a rarity back then. They seemed much finer than the paper ones, which were prone to staining and tearing. Minosuke never wanted to go home.

For who among us, after seeing the light, would wish to return to the darkness?

After getting his tip from his passenger, Minosuke left his rickshaw behind and roamed around the town in a daze. He listened to the incessant roar of the waves, he popped into the unfamiliar stores, and he simply stared in wonder at the beautiful lamps. The clerk of the clothier had hung some camellia-printed fabric beneath his lamp for his customers to see. Filtered through the dim light of the lamps, normal human existence became as beautiful as that in a fairy-tale or a moving picture. Minosuke had heard of how Japan had changed since coming into contact with the West, but until now he had not understood just what that meant.

As he wandered, Minosuke came upon a store with many lamps hanging outside. This must have been the lamp store. Minosuke hesitated for a moment, clenching the few coins from his tip tightly in his hand, before he strode confidently into the store. He knew that everything had a wholesale price, and a retail price, and that the wholesale was cheaper. The merchant would buy them for one and a half sen, and then sell them to the rickshaw drivers for two and a half.

Then he said:. I want you out there selling my lamps! The clerk handed Minosuke the lamp and showed him how to use it. Minosuke lit the lamp—so much brighter than his paper lantern—and headed for home. With his lamp hanging from his rickshaw like a summer flower, Minosuke no longer had anything to fear in the thickets and forests that covered the dark ridge. There was another light shining within Minouske. He could sell these lamps in his own dark village, which Westernization seemed to have passed by.

The old woman who ran the general store was hesitant, but she stuck a nail in the ceiling and allowed the lamp to hang there. A few days later Minosuke went to the store with some sandals to sell, and was met by the old woman with a big grin on her face. She said, My! Minosuke was ecstatic. He explained the situation to the lamp merchant, asked him to loan him the remaining money, and sold the three lamps he had bought to his customers in Yanabe. But after a while he had made enough money to always have some lamps in stock.

He procured a cart with long metal poles from which he hung lamps and chimneys. He went all through his village and the neighboring towns, the lamps clinking crisply together as he moved. Minosuke was now a young man. He built himself a house with the small amount of money he had saved up. And then he got himself a wife. One day Minosuke was hawking his wares in a nearby town. He got some old newspapers from the mayor and opened them up beneath the lamp. Sure enough, the mayor was right.

In the light of the lamp, Minosuke could clearly see each of the intricate characters on the page. Minosuke was in the prime of his life. He had two children. Two planks of wood were attached parallel to the tops of these poles, which held several of what looked like ceramic spheres. As he was wondering just what these strange contraptions could be, Minosuke came to the next street, which also boasted these strange poles. Sparrows were resting on the planks.

Minosuke finally asked a man hanging up noodles to dry in the sun. This was tough news for Minosuke. But if it were to replace lamps, he thought, then it must be lighting. If it were lighting, that meant you could use it in the home. Well, no preposterous poles were going to be erected in his small town. They seemed to go on forever. Looking closely, Minosuke noticed that some of these cords pulled away from the poles and had attached themselves to the sides of houses.

However, when he went into a bar owned by an acquaintance of his, the large lamp that always hung above the table in the center of the room was now attached to the wall, and in its place was a large light with no receptacle for kerosene. To it was attached a thick cord. And Minosuke refused to see them for himself. Look at the ceiling there! Now how do you think the lamp feels? Now around this time night had fallen, and though nobody in the bar had a match, all of a sudden the bartender made the bar as bright as day. Minosuke was so shocked he whirled around.

Minosuke gritted his teeth and stared down the light, as though it was his sworn enemy.

edutoursport.com/libraries/2020-07-04/1228.php It was so bright it made his eyes hurt. Minosuke slinked over to the door and looked out at the way. Lights just like that in the bar were ablaze in every house, in every shop.

The light from homes spilled out into the streets. For Minosuke, so used to his lamps, it was all too dazzling. 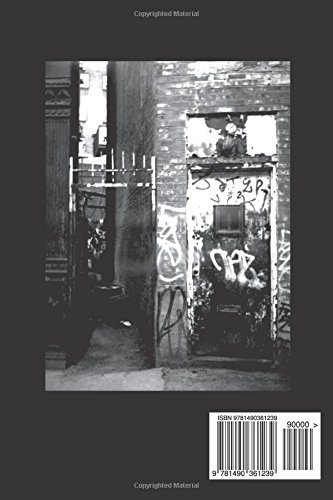 Related Slinking Under the Electric Bulb